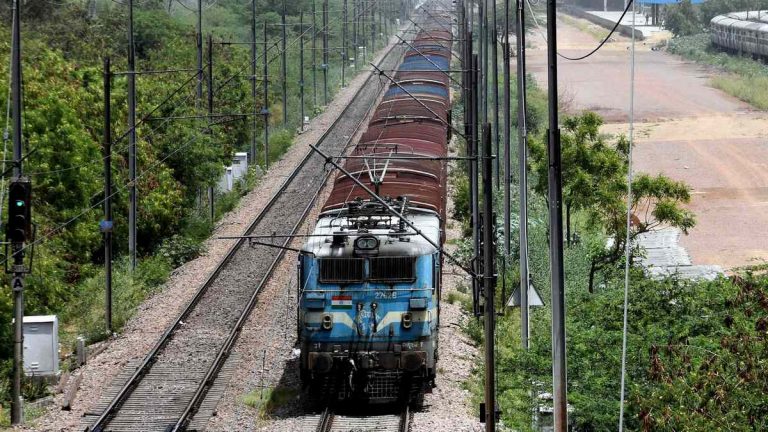 Final tenders for 150 private trains, which are scheduled to commence operations on 109 routes by 2023, are expected to arrive by 31 March.
Termination fees, granting alternative routes and further relaxation for route exclusivity, the government of Narendra Modi has planned major concessions to ease private players' concerns before they begin bidding to run trains.

The Ministry of Railways and the Group of Secretaries (GoS) were cleared of these compromises at a meeting held last week. The meeting was chaired by Amitabh Kant, CEO of NITI Aayog, Suneet Sharma, Chairman of the Railway Board, Tarun Bajaj, Secretary of the Department of Economic Affairs, and others.

A senior government official said, "In the second pre-offer meeting, which took place in January, the bidders raised certain issues with regard to the draft agreement."

'In the meeting with the secretaries, the issues were addressed and the draft agreement will be tweaked accordingly,' said the official, who did not want to be mentioned.

"A second official, who did not want to be identified, said, "It is a rare case where the government is the facilitator and competitor for the bidders, so obviously the bidders have some concerns.

"In a very meaningful way, the government has tried to alleviate their concerns, and the new agreement will reflect these relaxations," he said.

Spokesperson for the Ministry of Railway D.J. Narain, told: "Relaxation occurs when there are certain rules. As yet, there is no existing law about the operation of these trains. So no relief in the background was offered to anyone.

"He added: "What has happened is that at the second pre-bid conference for PPP in the Passenger Train Programme, held on 20 January, prospective bidders raised some questions. The ministry has deliberated on these issues in consultation with the concerned authorities. These concerns, which were conveyed to prospective bidders as part of the answers to second pre-bid queries on 15 February, were properly addressed.

The termination payment provision under some circumstances is one of the main changes to the Draft Concession Agreement.

The Group of Secretaries was advised that after the beginning of service, the agreement does not include termination payment or buyback payment for termination of the contract on account of a non-political force majeure or 'act of God.'

The GoS was of the opinion that it is necessary for the biddability of the project that, even before the start of operations in the event of a natural calamity or some other non-political unfair event, the private players have the option of termination payment.

As this clause is provided in all other PPP contracts, including the redevelopment of railway stations, the GoS indicated that it should also extend to railways.

The GoS recommended a termination payment of 70% of the 'adjusted depreciated value' of the trains and defined properties.

Alternate paths if current ones are not profitable

In the draft agreement, if the capacity utilization of the railways is less than 50 per cent for a duration of 12 consecutive months, the concessionaire shall be entitled to surrender the service on that line.

Nevertheless, sources said, private bidders questioned how rakes would be used if activities were abandoned on a route.

According to reports, the Group of Secretaries advised that, in this situation, the Ministry of Railways should provide the private operator with alternative routes.

This will mean that if a specific route is not feasible for the private operator, options would be given to run trains on other routes, and that no other train will operate on that route before and after 60 minutes of the departure time of the private train.

There have also been more compromises to ensure the exclusivity of private trains.

According to the draft agreement, if the capacity usage of the private train on a specific route exceeds 80% for a period of 12 months, the Railways would be permitted to operate their own similar trains on that route before and after 60 minutes from any station within a distance of 20 km from the originating station.

However, because private players are optimistic that they will be able to accomplish more than 80 per cent of capacity utilization very quickly, they have asked the government to lift this limit to 90 per cent.

What this means is that, even though there is a rush on their routes, there will be less space for competition from Indian Railways for private trains.

Sources told that the private players have asked the Railways to ensure that no similar train runs within 50 kilometers of the originating station one hour before and after from any station instead of 20 kilometers. The government, however, has not yet taken a decision on this demand.

Finally, the Group of Secretaries instructed the Railways to give private bidders greater clarification as to the depot locations for private trains.

Private bidders have raised concerns about less transparency in plans, connectivity, infrastructure availability and services, according to sources. The GoS advised the railway ministry that the lack of transparency and details on this could affect the bidding ability, and that it is important to provide the required information before the final bids are made.