A new Air-Conditioned and affordable class for rail travel 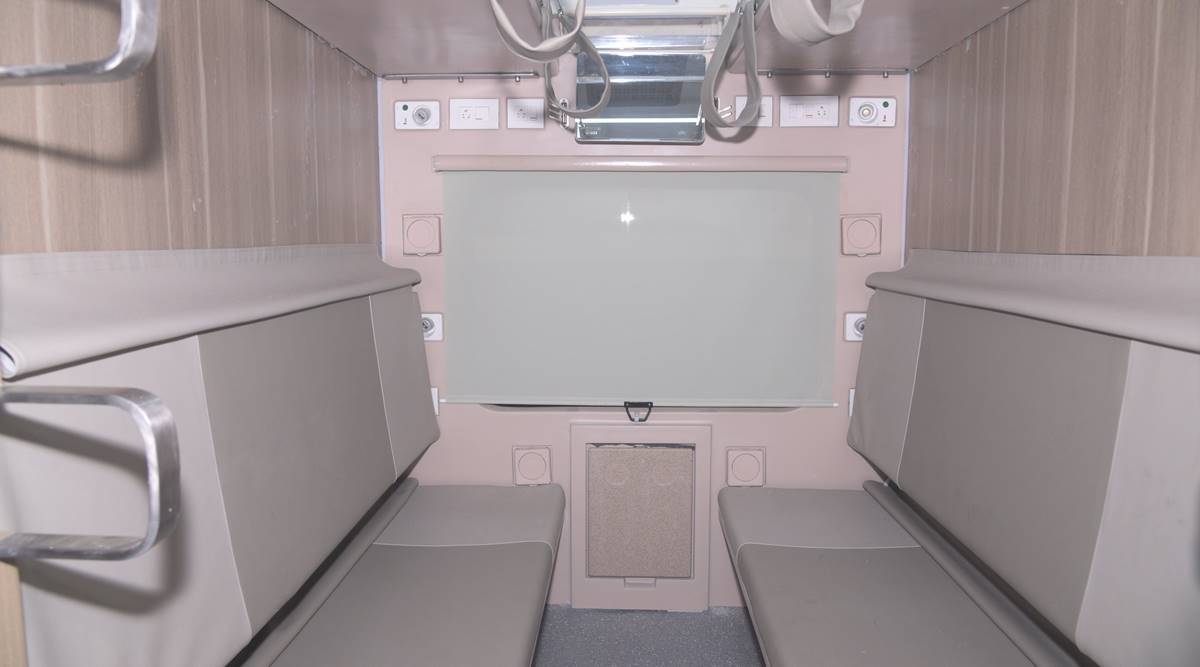 At the Indian Railways' Research Designs and Standards Organization in Lucknow, the prototype of a new rail travel class, AC-III Economy, was perfected for oscillation trails earlier this week.
It is intended to be an economical version of the non-AC Sleeper class that is air-conditioned. Last year, the task of developing this was granted to the state-owned Rail Coach Factory (RCF), Kapurthala, the manufacturer of India's Linke Hoffmann Busche coaches. The design philosophy was to take a non-AC Sleeper coach as a guide and try to convert it into an AC coach.
The AC-III tier is the only travel class that gives Railways a clear benefit, and is also said to be the most successful. It is expected that the AC-III economy will sustain that and provide the masses with AC travel while keeping it affordable.
The prototype looks like an improvement from the current AC-III tier rather than an improved version of the non-AC Sleeper.
The style imprint of the current Sleeper class coach is missing, to begin with. Actually, the coach as a whole was reimagined from scratch, an officials said.
"We will commence production of the series by the end of February. "Ravinder Gupta, General Manager, RCF, Kapurthala, told, "I think we have come closer to our dream of producing 'aircraft like' experience for ordinary people.

The RCF plans to produce 248 coaches. Currently, the cost is expected to be between Rs 2.8-3 crore per coach, approximately 10 percent more than the existing AC-III tier coach. The earning potential of these coaches for railways is also greater, due to more capacity.

The next goal is to redesign the unreserved General compartment and transform it into the AC class, too. 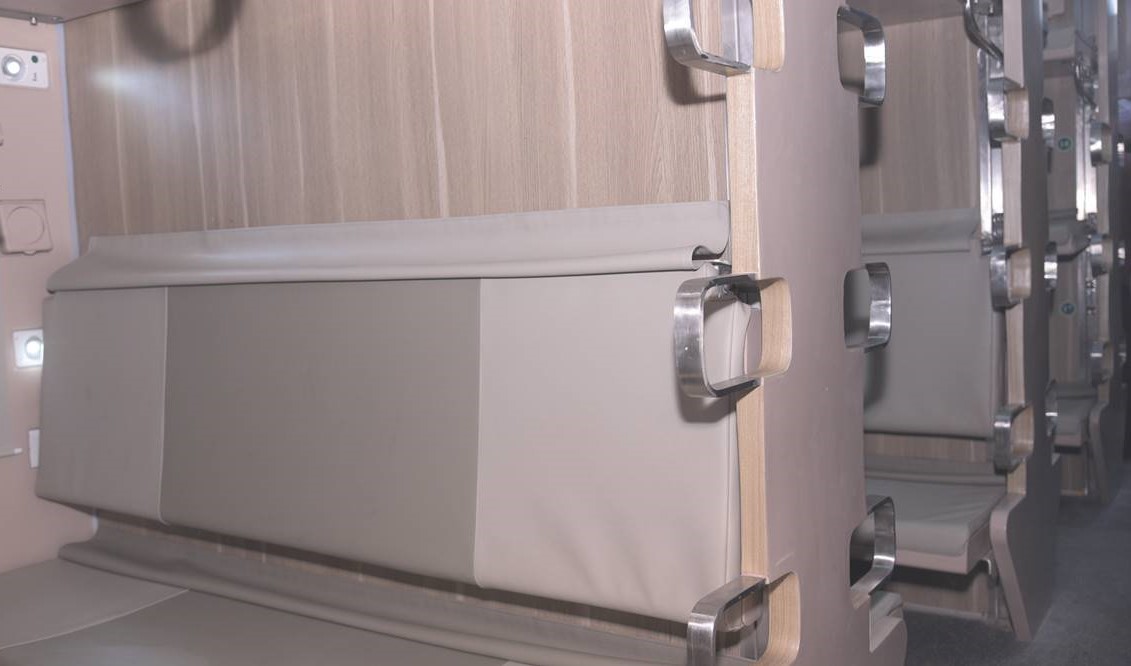 The new AC cab has a capacity of 83 instead of the usual 72 passengers. This was done by transferring the electric high-voltage switchgear, now mounted on all coaches on board, to the underframe, a first for Indian Railways.

The prototype looks like an improvement from the current AC-III tier rather than an improved version of the non-AC Sleeper.

Each berth will have its own individual AC vent, much like in luxury cars. This was achieved in the coach by redesigning the entire AC ducting (pipes carrying the air from the AC unit).

A wider, disabled-friendly toilet entrance door, which is a new initiative, is given for each bus.

The berths themselves are a modern, modular design product. A new concept is available for the ladder for climbing to the upper beds. Designers suggest this one is non-intrusive. In the middle and upper berths, there is increased headroom.

In both longitudinal and transverse bays, there are foldable snack tables, and holders for water bottles, phones etc. 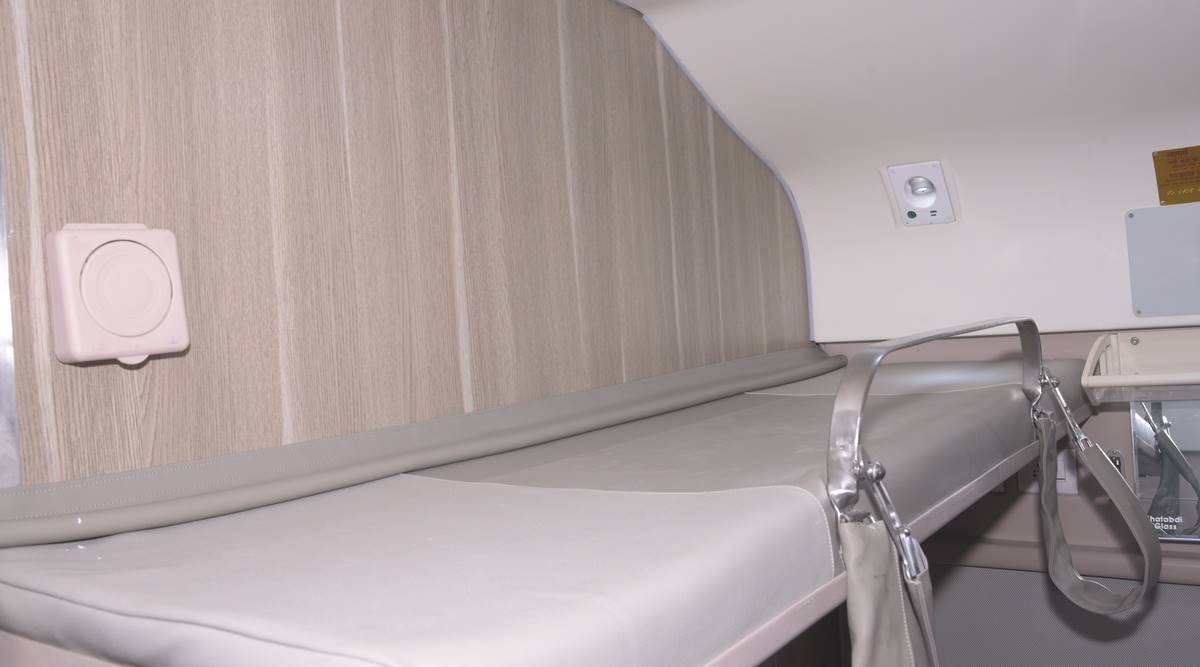 The inside of the coach has luminescent aisle markers, as in airlines, and illuminated berth indicators integrated with night lights with luminescent berth numbers. In existing trains, when new passengers have to turn on the lights to check their berth numbers, passengers are sometimes disturbed at night.

There is a new template for the western and eastern-style toilets.