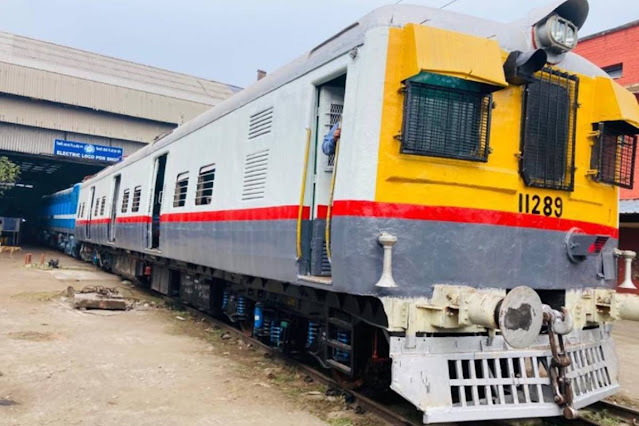 By 2030, the Ministry of Railways aims to turn the Indian Railway network into Green Railways and has taken a range of measures to counter global warming and fight climate change.

Indian Railways is taking another step towards a network of zero carbon emissions! According to the Railway Ministry, two 25 KV shunting engines have recently been designed at Kanchrapara Workshop in West Bengal. The ministry claimed that these newly built engines can also be powered by batteries. With this achievement, Railway Minister Piyush Goyal said, the Kanchrapara Workshop in West Bengal became the country's first railway workshop with smokeless electric traction. By 2030, the Ministry of Railways aims to turn the Indian Railway network into Green Railways and has taken a range of measures to counter global warming and fight climate change.

Railway electrification, green certification for structures or stations, improving the energy quality of trains and locomotives as well as fixed installations, installing bio-toilets in train coaches and also switching to renewable energy sources are some of the main steps taken by the national carrier to achieve net zero carbon emissions.

The national transport company has also taken a number of measures to encourage renewable energy. The national transporter works to harness the capacity of 500 Mega Watts (MW) of energy by roof top solar panels (Developer model). Besides this, Indian Railways is also trying to produce electricity for running trains from land-based solar installations. In addition to these initiatives, some other moves towards zero carbon emissions have been taken by Indian Railways.