How digitalization will help in improving the Indian Railways 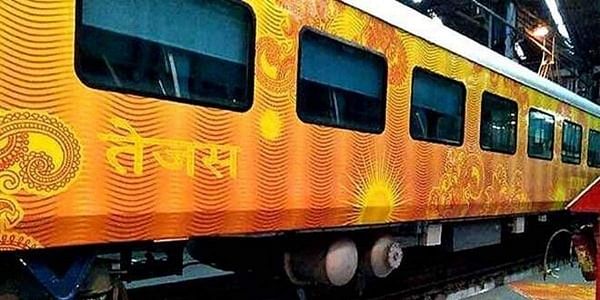 Indian Railways are on track to boost their revenues and customer experience by embracing digitalization in all aspects of their activities, such as asset management, signaling, manufacturing and passenger information systems. It is the 3rd largest railway network in the world by size, and is undergoing continuous changes. Improving the quality and usage of the network, quicker services and the safe operation of trains are essential areas.

The new scenario has altered the transport paradigm With the emphasis moving from infrastructure to service and from ready-made to personalized solutions. Recently, the railway minister said that technology is the only factor that can have a direct effect on the railways' future underlining the importance of evolving with technology. In addition, emerging technology assist in demand management , social distancing and providing real-time information for authorities and passengers as metro rails restart operations in a graded manner.

The rapid digitalization of the railways is characterised by the fourth industrial revolution, Railway 4.0. It improves the facilities, services, processes, signaling and rolling stock of railways while enhancing the assets' operational performance. Using technology that brings stakeholders into strategic collaborations, they are re-imagined, planned, distributed and run, thereby altering the face of the railways.

Coach design, signaling and traffic control, freight management, train services, staff and customer management are some of the main digitalization areas in the rail industry.

Rolling stock
Many rail coaches operate through conventional production processes that result in high inventory costs for the production and storage of parts before assembly. The expensive conventional output is rapidly streamlined with digitalization and improved by platform-based 3D technologies.

The coach designs are accurately modelled, replicated, analyzed and enhanced in the virtual environment with the rolling stock manufacturers using virtual 3D platform and technology to integrate subsystems, components and assembly details, to correct the faults and inefficiencies in order to avoid costly errors.

As in other industries, additive processing is emerging as a game changer in the railways. The Railways have recently started using the 3D printer 'Make in India' to design and print in-house coach components as needed.

The Railway Minister has also recently announced a proposal to upgrade passenger coaches to make them safer, more comfortable and quicker, in compliance with international standards. By integrating integrated electronics, reconfiguring seating and standing areas or introducing styling through the cabin reflecting the local aesthetic or identity, the 3D design platforms and passenger experience solutions are also revolutionising the rail industry.

The government is also leveraging the Building Information Modelling ( BIM) process for designing and constructing railway signaling systems with plans to modernise 8,000 railway stations.3D technology help to simulate the life cycle of the infrastructure and solve problems by removing different problems due to errors caused by poor data communication.

The 3D model infrastructure technology also recognises the oncoming train and its speed, records data images, and assists with all assets in 3D visualisation of the railway track, train driver simulations and digital track capture.

The software platforms allow operators to see all real-time scenarios and decision implications and then take informed action. It also helps train planners to see both options and decision effects in real time with a dynamic decision support tool, to help make customer-centered choices and to increase service reliability.

Train service efficiency
Various trains operating on a network have various goals, limits of speed and stoppages. The train schedules are made to maximise the utilisation of the network in view of these limitations, track speeds, and specifications. This raises the amount of trains that can operate on the same network when done with network optimization, thus increasing the Railways' revenues.
Fleet planning
With the right fleet of wagons, coaches will increase the revenue of the railways in the right place and at the right time. The time and cost expended can be minimised by decreasing empty kilometres by careful planning. This includes a smart planning framework that can combine all the constraints and create the best KPI-based plans.

In order to cope with unforeseen disruptive incidents such as the unavailability of loading cranes, the late delivery of inter-modal transport units, disruption handling is an integral part of an intelligent planning platform. For the other load orders, stopping the whole train would mean a hold-up and result in many disappointed clients. As a decision support system, an intelligent planning system helps, one that offers an overview of all potential options and their impact on KPIs.

Planners need an intelligent system that offers complete visibility of the terminals, staff and materials available at the requested time slots in order to effectively clean the wagons. They will be able to handle last-minute cleaning activities with such visibility when reacting to urgent order bookings that come in suddenly.

A transparent reservation system has recently been introduced by the Railway Ministry, where passengers can verify the status of real-time reservations. Keeping in mind the current situation, the Railway Contactless Ticket Checking Device lets passengers check the availability of passenger berths.