SCADA will give accurate information about railway electric fault 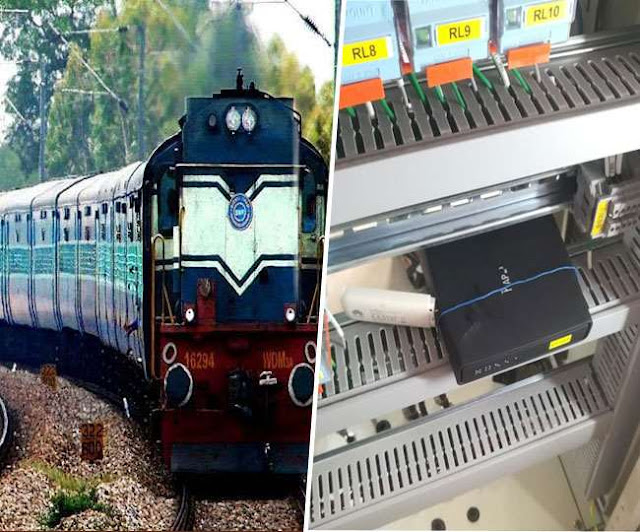 Underground optical fiber cable is currently laid for electric engine control in emergency in railways. The control system at the marked railway station is connected through it. In the event of an overhead electric line being damaged or an accident, it immediately interrupts the power supply by sending a signal to the control room. Railways have to spend three lakh rupees for laying one km of underground cable. Also, there is a big expense on its maintenance every month.

To reduce this cost, Engineer Pravar Mandal Sanket Kumar, Telecom Engineer Nitin Kumar and Pravar Mandal Electrical Engineer (TRD) Jitendra Kumar conducted a new experiment in Moradabad Railway Division. He created the SCADA system by connecting the modem and the SIM card installed in the mobile. Trial started by installing SCADA in traction power control system at three stations between Najibabad to Kotdwar. Initial results are encouraging. This trial will continue for a few more days. It will then be sent to the Research Design and Standards Organization (RDSO) for testing.

Working: The SIM card has been installed in the modem. Through this, the internet network is connected to the traction power control system that operates the electric train. The controller sitting in the Mandal Control Room can directly control the engine based on its signal. Trains can stop anywhere by turning off the power supply. When the wire breaks, the system will shut down the power supply as soon as it blinks. Also, if there is a power failure from one sub station, it will start power supply from another location. 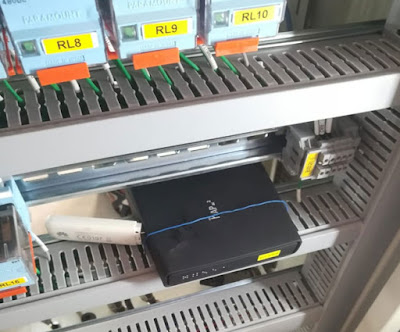 System prepared at a cost of 49 thousand: In preparation of SCADA, only three modems and three sim-cards were required to be purchased. 49 thousand rupees were spent in buying the modem. Every modem is connected to Wi-Fi. One person has been deployed for its maintenance, while 10 personnel are deployed for monitoring the underground cable.

Divisional Railway Manager of Moradabad, Tarun Prakash said that three young engineers of the division have started the trial by preparing the SCADA system to control the electric engine. Once the trial is fully successful, it will be sent for trial. After getting the green signal from there, it will be used at all places in the Indian Railways.

Scada (in black) prepared by railway engineer of Moradabad division. It is currently being used as a trial in Mandal.