A 92-year-old train has been upgraded by Indian Railways 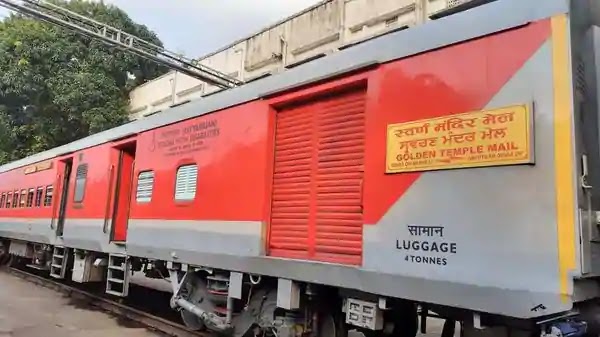 On the special occasion of Mahatma Gandhi's 151st birthday, Western Railways replaced all the traditional rakes of Train No. 12903/ 12904 Mumbai Central-Amritsar Golden Temple Mail (formerly known as Frontier Mail)  with Linke Hofmann Busch (LHB) rakes to celebrate the 92 glorious years since the Golden Temple Mail first chugged out on its maiden voyage.

This is a fitting homage to this famous train from former British India, which is especially important for many historical events and Mahatma Gandhiji 's unforgettable visits, including on the occasion of Dandi March.

According to a Western Railway official, "all four conventional rakes of Train No. 12903 / 12904 Mumbai Central – Amritsar Golden Temple Mail, which is currently running as special Train No. 02903/ 02904 Mumbai Central – Amritsar Special train now runs with LHB rakes instead of conventional rakes with effect from 3 October, 2020. The train will comprise of 22 coaches consisting of First Class, AC 2-Tier, AC 3-Tier, Sleeper and Second Class coaches and a Pantry Car. It will not only provide comfort to the passengers but will also ensure the increase in their safety".

LHB coaches also have anti-climbing capabilities that ensure that the coaches should not climb on top of each other in the event of a crash. These coaches also have modular interiors, a better ride index, and less maintenance is needed. During long-distance flight, this improvement would make the ride safe and convenient for travelers. In its attempt to meet consumer demands and aspirations, it also heralds the steady journey of progress taken by Indian Railways and marks yet another milestone accomplished by Western Railway in these tough times of COVID.

Giving an insight into the Golden Temple Mail's nostalgic past, the railway official announced that on 1 September 2020, this iconic train had recently completed its 92-year inaugural journey. This train operated as the Frontier Mail ferrying passengers before the Partition of India, arriving by Steamer from Europe directly from Ballard Pier in the then Bombay to the town of Peshawar on the North-West Frontier of India. The terminal station of this train was transferred to Amritsar after the partition of India in 1947.